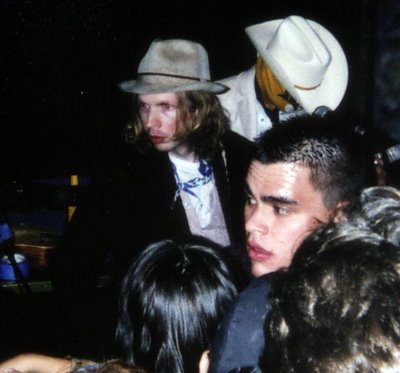 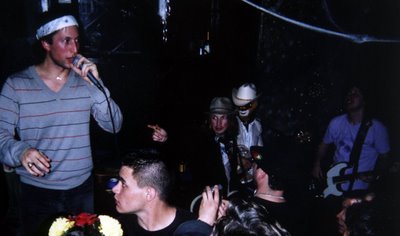 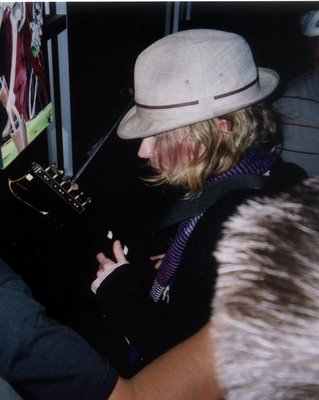 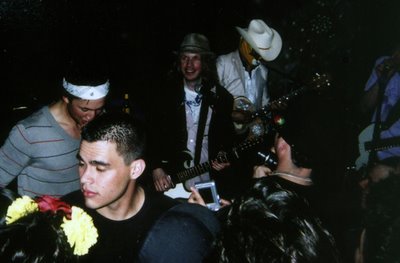 Here's one that will go down in El Paso lore. Beck played an unannounced, impromptu gig at El Paso's own Black Market. I was heading to the Black Market for the Dia de los Muertos art show anyway, and got a tip from my buddy Zach Passero that Beck was there and was going to play a short gig. I didn't have a camera with me; I was at a store getting a new battery for my car. I quickly snapped up a $5 idiot camera and squeezed into the show. Beck played a 45-minute set on borrowed instruments, kicking it off with "Black Tambourine." Other songs included "Where It's At," "Devil's Haircut, "Que Onda Guero?, "Nicotine and Gravy," "Hell Yes" and tracks from his new album, The Information. Sorry for the image quality, but luckily Zach had his digital SLR with his, and promised to get me some photos to post. Wow! What a great night!!!!
Posted by Mondo Loco at 11:10 PM