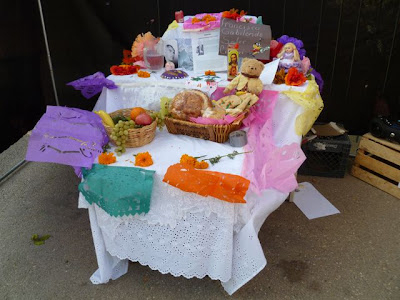 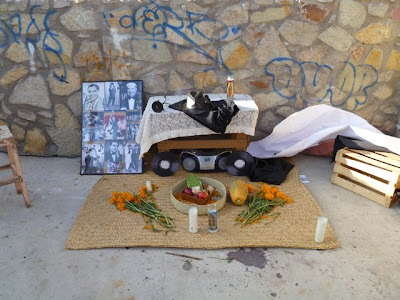 This ofrenda was for Don Tosti, El Paso "pachuco" bandleader and musician, and one of the original zoot suiters, an underground movement which started here in El Paso in the 1930s. El Paso's nickname "El Chuco" is a shortened form of "pachuco." Tosti wrote the song "Pachuco Boogie" and many others songs which incorporate caló, the slang dialect often used by pachucos. There are still a few elders in El Paso still speak caló. 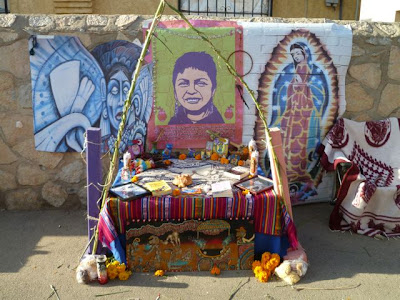 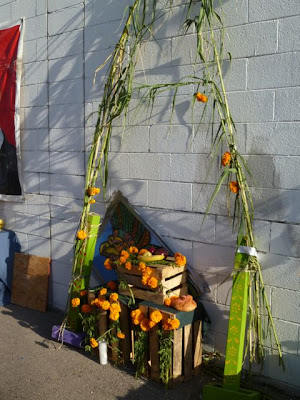 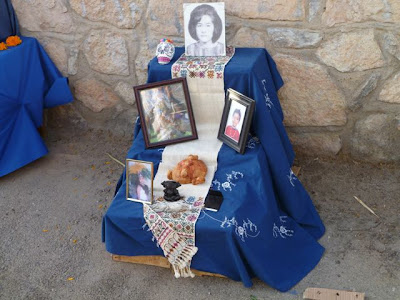 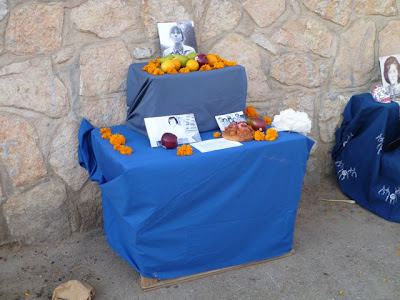